At the beginning of any story, the first thing the audience wants to know is what's going on.  Those first few sentences have a duty to satisfy that curiosity by identifying some sense of who, what, when and where. In a song or poem, where much has to be conveyed in even fewer words, it's especially appreciated when the scene is set up front.

Just like the establishing shot in a movie, a good opening lyric gives the listener an instant understanding of the current state of affairs so that they feel caught up on whatever they need to know to jump right in with us...

The Color of Your Cover 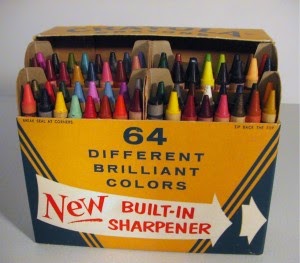 Remember what a magical experience it was to get your first big box of Crayolas, in "64 different brilliant colors"? You may recall favoring certain colors and scorning others.  I myself was never fond of periwinkle.  It just seemed like a tepid, anemic shade of blue.

From childhood onward, colors elicit emotions that affect our mood, appetite, and purchases.  Advertisers use this to great advantage, and it's to a writer's advantage to recognize how important color choices are in the design of book covers.

The Value of the Vulnerable Villain

With Halloween not far away, it seems a fitting time to honor the bad guys of fiction, without whom there wouldn't be much of a story.  Without a worthy foe, a hero is just another joe.

It's not hard to come up with a character whose wants are in direct opposition to those of our protagonist.  The trick is creating a bad guy to whom the reader can relate, a connection which inherently increases the fear factor.  To see ourselves reflected in a villain can be quite disquieting.

Who could resist the cultured charm of Hannibal Lecter in Silence of the Lambs?  Certainly not FBI ingénue Clarice Starling, in spite of — or perhaps because of — his ability to get into her head. But Hannibal wasn't always a cannibal.  His propensity for people eating has its roots in a childhood tragedy in which his own sister was devoured.  While that would ruin most normal appetites, we can appreciate that it could put a side of insanity on the menu...


Posted by Gary Fearon No comments:

Making the Scene in Song 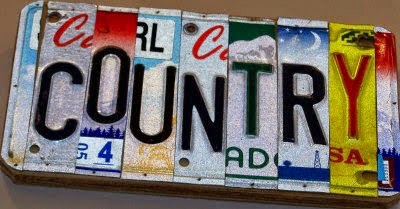 One thing country songwriters have a knack for is getting a story off the ground.  A descriptive opening line pulls the listener into the scene from the get-go and evokes the spirit of what's to come.

A close look at hits currently on the charts gives writers solid examples of how to start things off with a strong visual impact. For instance, here are the opening lines from some of the current Top 40...