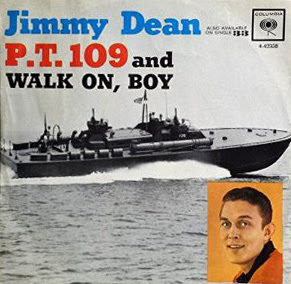 A couple of years ago on the blog, in a post called Songs in the Key of Life, I chronicled some famous songs whose inspiration came from real-life situations in the writers' lives.  In this post, let's look at a few hits that were inspired by real people, some as well-known as the songs themselves.  I suspect you'll know several of these origins already, but some may surprise you.

This one goes back a ways, but 60s songster Jimmy Dean's claim to fame (long before he became a sausage king) was story songs about people, some imaginary, some drawn from life. While "Big Bad John" was fictional folklore, "P.T. 109" celebrated the heroic Navy background of...
Read the full article here

Five Ways to Get Into Your Character's Head 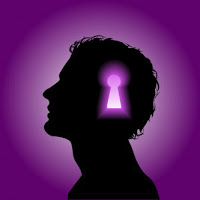 "If you could read my mind," Gordon Lightfoot once sang, "what a tale my thoughts would tell."  We may approach a story that we write as one single story, but it has more layers for readers to enjoy when we take advantage of the fact that each of our main characters has his or her own hidden history.

How do we unlock those secrets deep inside our fictional friends?  I offer these five easy pathways to perception.

FEEL THE FEAR
Knowing your characters' primary goal for the story (finding the right mate, conquering an enemy, winning a case), imagine the worst that can happen to them.  What will be the consequences if they fail?  What obstacles can you put in place to make it all but impossible to succeed?

Not feeling their pain yet?  Up the stakes by giving them an internal struggle in direct conflict with their goal. Claustrophobia could be a roadblock for a race car driver.  A med student with a queasy stomach also has demons to contend with.  There's wonderful irony afoot when someone is their own biggest obstacle.

GRILL THEM
One by one, sit your heroes, villains and other significant characters across from you in a virtual chair and play doctor.  Dr Sigmund Freud, that is.  Or Dr Joyce Brothers.  (Or Dr Ruth, if you dare.)  Ask your character probing questions about their life, their background, their goals, etc.  But don't stop there.  Get really personal and ask why they became a brain surgeon, why they want to be a rock star, why they promised themselves to see the world before they're 30.

But don't stop there either.  Keep digging deeper until you uncover the real reason why it's a matter of life and death to them that they succeed in their goals.  Persist, because they'll be as evasive about revealing their true selves as you are. Be Barbara Walters and make them cry if you have to. Don't worry, they'll forgive you.

CONSULT AN EXPERT
Your circle of friends and acquaintances is an extravaganza of information and personal experience to help with your character development. Is your hero a policeman? A mailman? A dental hygienist? Someone you know or someone they know would be glad to help you flesh out the inner workings of your character.

In the name of full disclosure, you may want to tell them ahead of time that it's for literary accuracy. They'll be more open and inclined to tell all.  I once pummeled a nurse friend with an inquisition about hospital procedure until she accused, "You're doing research for your book, aren't you?"

IMMERSE YOURSELF
Walk a mile in your character's shoes.  If he or she has a penchant for gambling, spend a day at a casino. If they have a green thumb, get your fingers dirty in the garden or hang out at a nursery.  If they are a beach bum, I can think of worse things than sipping piña coladas in a hammock for the sake of research. 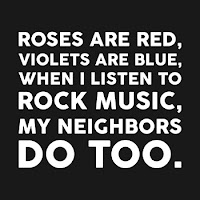 LISTEN THROUGH THEIR EARS
Just like you, your character has very individual taste in music. Would he/she listen to pop tunes, oldies, heavy metal, country, soul, hip-hop, classical? Who are his or her favorite artists? While you're pondering your character, tune into that type of station or call up the genre on AccuRadio.com. Filmmaker Quentin Tarantino says he'll go so far as to make a mix tape to the tune of his characters.

Any of these activities can help a writer hone in on the protagonist, antagonist, and anyone else in the cast. Of course, being the brilliant and imaginative wordsmiths we are, we can simply create our characters to be whomever we want them to be.  But how much more fun is it when they instead reveal themselves to us? 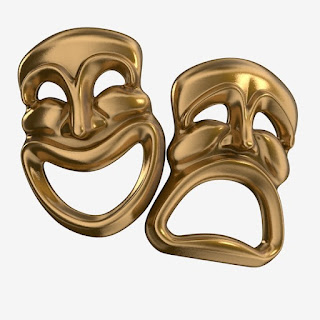 Perhaps you've heard of (or played) a game called "Fortunately/Unfortunately".  It's been around since the 80s, although I only learned of it recently. Apparently I travel in the wrong playgroups.This verbal game requires nothing more than people to play it. You simply take turns making up a story, alternating sentences with the first words "fortunately" and "unfortunately".  For example:

Email ThisBlogThis!Share to TwitterShare to FacebookShare to Pinterest
Labels: creative writing, Gary Fearon, How To Write A Novel, imagination, plotting a novel

Writing Prompts You Can Use Today

I'll admit it.  Every once in a while I get stuck for a story idea, and when I'm desperate enough, I resort to googling "writing prompts".  Inevitably it's a dead end because "Write about your favorite Christmas memory" or "What's your biggest pet peeve" isn't what I have in mind. 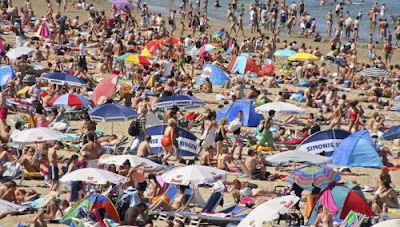 Down here in the South, most students have just wrapped up their school year and begun their summer vacation. Up North, many kids are still hitting the books, and will continue to well into June. Officially, the calendar says the first day of Summer is June 20th. But the days have been hot and summery enough lately that many Southerners consider Memorial Day Weekend the start of the sunny solstice.


"Summertime and the livin' is easy," said George and Ira Gershwin (actually, it was DuBose Heyward, the author of Porgy, the novel on which Porgy and Bess was based).  Regardless of whether your daddy's rich and your mama's good lookin', there are plenty of folks...

Based on the Book

Each year at this time, I get a kick out of looking at the Best Picture Oscar nominees with an eye toward how each story originated  This year, a record seven of the eight chosen films were based, at least partially, on books.


THE BIG SHORT
Michael Lewis' nonfiction bestseller about the housing and financial crisis of 2007-2008 was released in 2010, and Paramount picked it up three years later. Dialogue and data-driven, this is one of those films released just under...